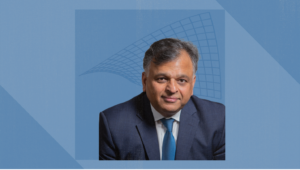 The Australian building and construction company Boral Limited (ASX: BLD.AX) has had a shakeup of a year. Beginning with a takeover in July prior by Seven Group Holdings, over the past twelve months it has proceeded to jettison $4 billion in assets, including its holdings in the United States. As the company stands poised to refocus efforts on the home turf, it recently announced it will be bringing in industrials executive Vik Bansal as chief executive officer to lead the charge.

It was no surprise that shares for Boral jumped 15 percent on the day Bansal’s appointment was announced, given his credentialed and recognised history as a business leader. He will be bringing with him over two decades of experience in corporate leadership across Australia, Asia and the United States, which has included roles such as chief operating officer and president of the American manufacturing company Valmont Industries and general manager of the OneSteel business responsible for steel distribution and metal processing services.

As a CEO, Bansal has become known for his ability to increase shareholder value. During his six-year term at the waste management company Cleanaway the company rose over 120 places on the ASX market index, becoming an ASX 100 company and increasing its market capitalization from less than $1 billion to over $5 billion. He joined the steel manufacturer and distributor InfraBuild in July of 2021, and the company recently reported a number of improved half-year metrics including a 41 percent increase in net revenue to A$2.94 billion.

However, Bansal’s leadership style has been one that looks beyond pleasing shareholders. He sets bigger goals for the companies he leads, looking to its stakeholders – its employees and the communities it serves – as inspiration for creating value. Seeking to build sustainable businesses that are adaptable to a world that is changing with increasing rapidity, he worked at both Cleanaway and InfraBuild to increase their decarbonisation credentials.

Bansal’s experience in upping the green credentials of companies within the industrial sector will certainly give him large insights into tackling the challenges that Boral and indeed the entire industry are facing. Boral Board Chair Ryan Stokes said that the next phase for the company is one that will require a leader whose style has the active management and disciplined execution needed to face problems in the market such as the extreme fluctuation in input prices, particularly involving energy. The company lowered earnings guidance twice in the past year due in part to increased freight costs and the flooding that has plagued New South Wales and Queensland affecting profits.

Stokes told The Australian he was convinced to offer Bansal the job after studying his transformational work at Cleanaway – for which he earned Turnaround Management Association’s (TMA) “Turnaround of the Year Award” in the large company category.

Much of what Bansal accomplished at both Cleanaway and InfraBuild is also applicable to Boral. As with the other two companies he has led, Boral is a vertically integrated industrial business that is “in a good market with a good market share,” Bansal told The Australian. The challenges of energy prices, freight and fuel is a problem that is happening across the board, and in his experience with steel at InfraBuild he found that the market ultimately paid for the rising costs and predicted that prices will eventually have to be lifted in the cement and concrete sector as well.

Additionally, Bansal’s experience in decarbonization will certainly be applicable to Boral. Stokes told The Australian that Boral has the leading low carbon concrete in the market, a fact that they intend to further promote in the future to drive the company’s green credentials.

At Cleanaway, Bansal was able to radically transform the business by focusing on its contributions to Australia’s circular economy. Through spearheading greenfield investments and strategic acquisitions within the recycling space, he was able to change the company’s image from that of a disjointed waste management business to a strong organisation with a mission statement of “making a sustainable future possible.”

He also worked for over a year to build the company’s first standalone sustainability report, an 88-page document that aligned the company to the United Nations’ SDGs and the Sustainability Accounting Standards Board’s (SASB) Waste Management Standard and reported its climate change risk disclosures in accordance with the Task force on Climate-related Financial Disclosures (TCFD) framework.

Prior to Bansal beginning his tenure at InfraBuild, owner Sanjeev Gupta had declared that all of the companies under his CFG Alliance would become carbon neutral by 2030. The company had developed its GREENSTEEL strategy to achieve this goal, and Bansal further sharpened InfraBuild’s focus on increasing the use of renewable energy, promoting greater use of recycled materials and operating facilities close to key markets.

InfraBuild already produces its steel exclusively through the electric arc furnace method which uses recycled steel to make new products, but the facilities are still at least partially powered by fossil fuel energies such as natural gas and coal. Much of Bansal’s focus at InfraBuild was working toward exploring new energies such as green hydrogen, biofuel, wind and solar energy. Bansal told The Australian that he believes that Boral will be able to play in the recycling space with construction materials.

Another of the many changes over the past year has been the exit of Boral’s CFO Tino La Spina, who had an ​​annualized remuneration package of A$1.8 million. As Seven Group looks to cut costs and increase profits, Stokes told The Australian that the A$1.5 million salary Bansal will be receiving is anchored with equity as well as a strong short-term and long-term incentive structure within the remuneration package. This indicates both the confidence they have in his ability as well as the trust Bansal has in his ability to create strong results within the company.

Vik Bansal’s ability to increase stakeholder value has been demonstrated through his work at Cleanaway and InfraBuild, and Stokes has said he is confident that Vik is the right leader to build the same strength in culture at Boral. A public company in need of strong leadership with a history of over 75 years in Australia, things appear perfectly aligned for Bansal to step in and effect change as he has in the past.

He has told the story of beginning his time at Cleanaway by holding a town hall meeting in which he informed those attending that he would likely have to be doing some serious cost cutting. Rather than hearing boos and jeers as he expected, Bansal was met with a rousing applause, and was later told that people were happy to have someone in charge who was open and honest with their intentions. This anecdote does well at displaying Bansal’s true strength: increasing shareholder value by valuing his stakeholders.