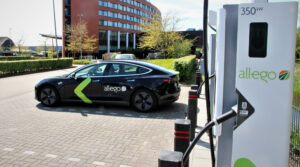 Allego delivered 10.25GWh through its charging network, compared to the same two-month period one year prior, the company said in a statement today. Total charging sessions increased by 83% year-on-year in the same period to 1.345 million, while the average number of public charging ports also rose 24%, it said.

“Our use of 100% renewable energy, combined with the strong visibility of our secured backlog, positions us well for the balance of 2022,” Mathieu Bonnet, CEO of Allego, said in the statement. “More importantly, as economies diversify their energy sources and EV penetration increases, we are well-positioned to capitalize on our existing scale and blue-chip partnerships.”