Daddy Issues Duo Warms Hearts on TikTok– But Did the China-Owned Platform Give Them the Cold Shoulder? – ExecEdge

Daddy Issues Duo Warms Hearts on TikTok– But Did the China-Owned Platform Give Them the Cold Shoulder?

Daddy Issues Duo Warms Hearts on TikTok– But Did the China-Owned Platform Give Them the Cold Shoulder? 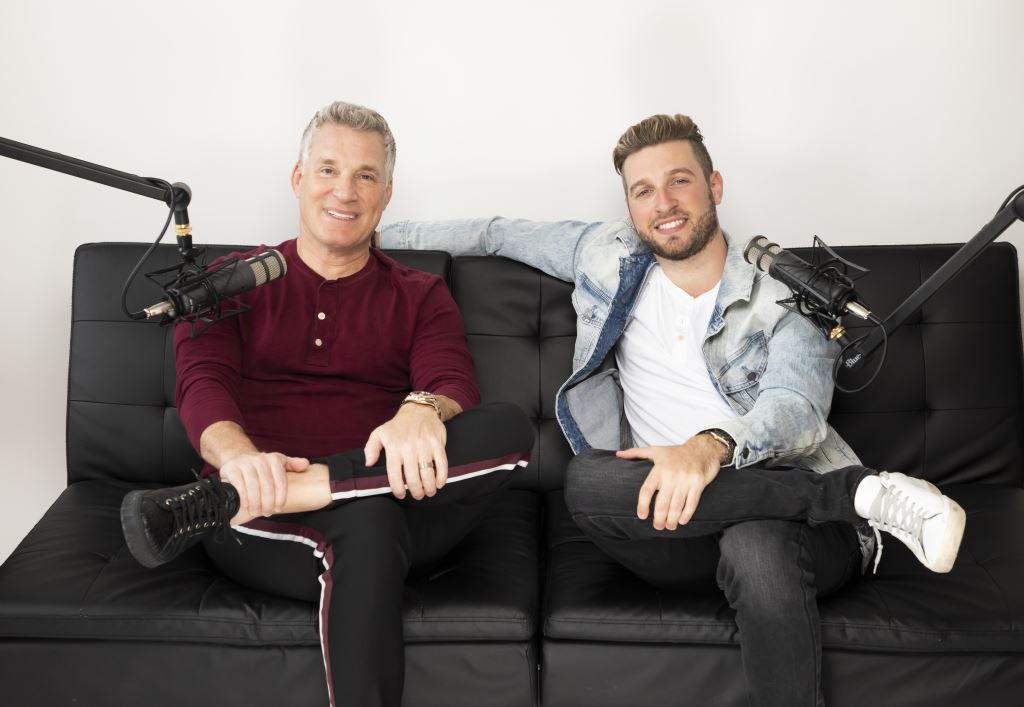 In times of forced distancing, the father-son duo who host “Daddy Issues” have struck a chord with viewers looking to social media for laughs. But on TikTok, which is owned by China’s ByteDance, they have found themselves stuck in the penalty box.

Meet Jon and Bronsen Bloom, who started their weekly routine after sheltering together during the Covid lockdown. Bronson is an entertainment industry executive previously based in California but moved to South Florida where his father Jon is an attorney. Their podcast is available on their website along with other platforms including Spotify, YouTube, and Apple.

But the podcast truly caught fire on TikTok. During their second week in January, several of their podcasts drew hundreds of thousands of views in their first 24 hours. Some attracted even more impressive numbers.

Take the January 27 episode entitled “Amen and Awomen.” In their characteristic non-PC style, the Blooms joked about Representative Emanuel Cleaver II, who ended a prayer with not only “amen” but also a nonsensical “awomen” in an apparent attempt at inclusiveness. Jon calls it “a perfect example of ridiculous ‘woke’ culture.” The clip has been seen nearly a million times on TikTok.

Soon after, however, the Blooms noticed their viewership numbers soften. While still impressive, their views in the first 24 hours began to average in the 50,000 range – just 1/10 of what they attracted in January. 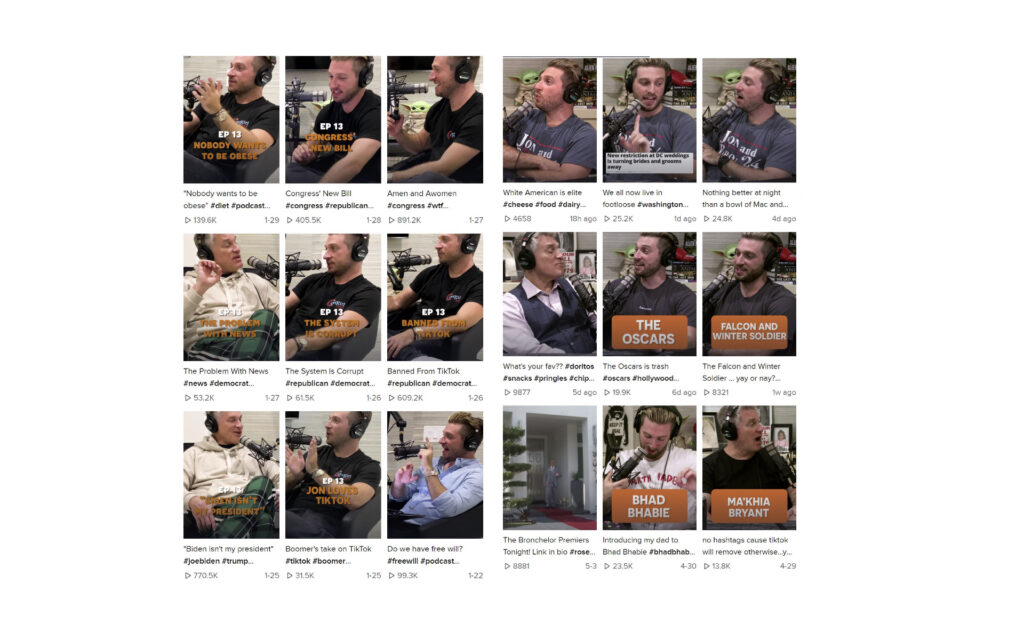 In an interview with Exec Edge, Bronsen described what he calls a “shadow ban” where TikTok seems to restrict who discovers the podcast. They’ve also been banned permanently from the TikTok Creator Fund, a program to reward top performers with cash.

“We (@DaddyIssuesPod) are not always family friendly so they restrict who sees us,” Bronsen said. “But there are plenty of large creators who curse and use sex in all their videos.”

He also believes that TikTok doesn’t like their “right leaning” views or penchant for questioning authority. (Although in fairness, they also make fun of Donald Trump).

“Most importantly, we have been very critical of China and big tech on our podcast,” he said. “We have spoken about how the CCP is detaining Uighur Muslims and putting them intro concentration camps.” 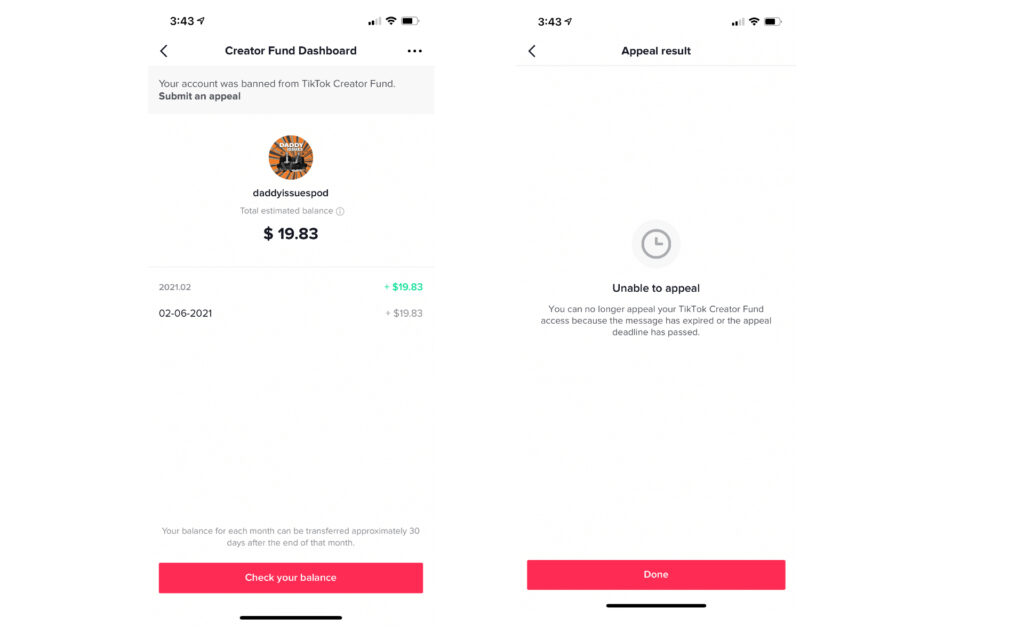 While TikTok is privately owned (and has backers including U.S. venture capital firms Sequoia and General Atlantic) it is a China-based company. Bronsen believes that the Chinese Communist Party exerts influence on TikTok, which explains why the podcast has been restricted. Exec Edge contacted TikTok lobbyist Michael Hacker who referred Exec Edge to the company’s press office but no comment was given for this article.

TikTok has come under scrutiny recently because of concerns that the Chinese government could obtain private information about U.S. citizens. The company was close to deal last year to sell itself to U.S. companies including Oracle and Walmart but those talks apparently collapsed.

The Blooms also discussed their views on Clubhouse, the popular invite-only chat platform popular with the Silicon Valley black sneaker crowd. “Initially it was very cool,” Bronsen said. “It was overtaken by politics and now it’s a cesspool of liberal wokeness.” 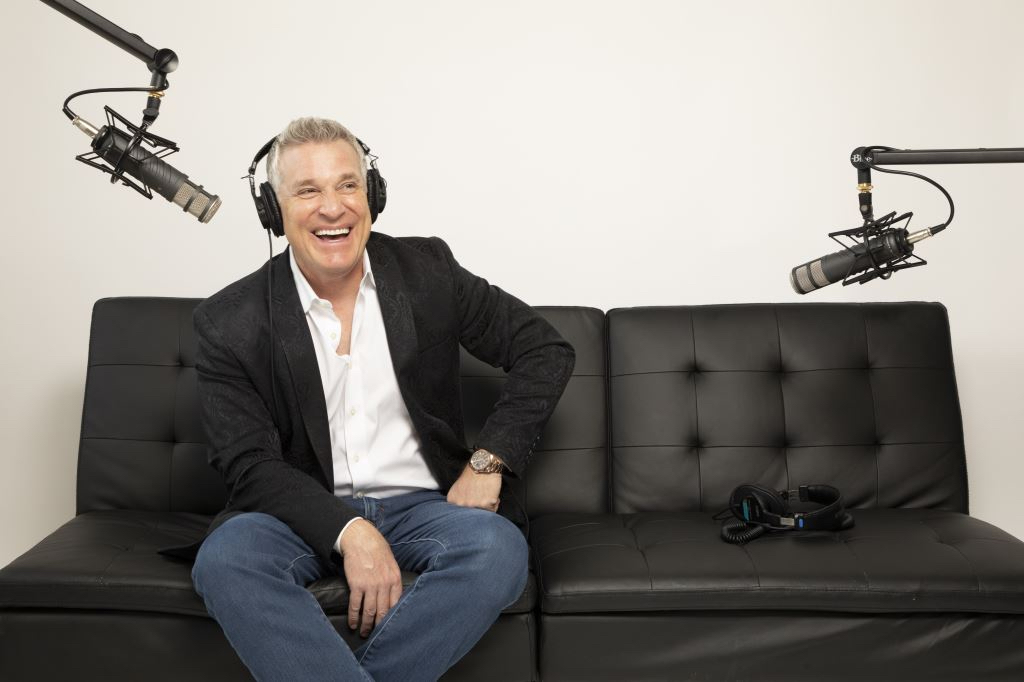 Jon added that he doesn’t believe in political correctness. “It’s such a BS term,” he said. “It’s just a way for some people to criticize you for not following their way.”

Bronsen added that he believes mainstream media is biased and he gave the example of how the GameStop short squeeze was covered by networks like CNBC. “You look on TV and they’re bringing on the billionaires to talk about it,” he said. “They are the bad guys in the story.”

“At the end of the day they’re selling a product,” he said. “If they happen to inform you that’s a great side effect.”

The Blooms said they are willing to consider partnerships but aren’t really interested in posting advertisements. “Bigger brands have already come to us,” Bronsen said. “Some brands like the content we do.” 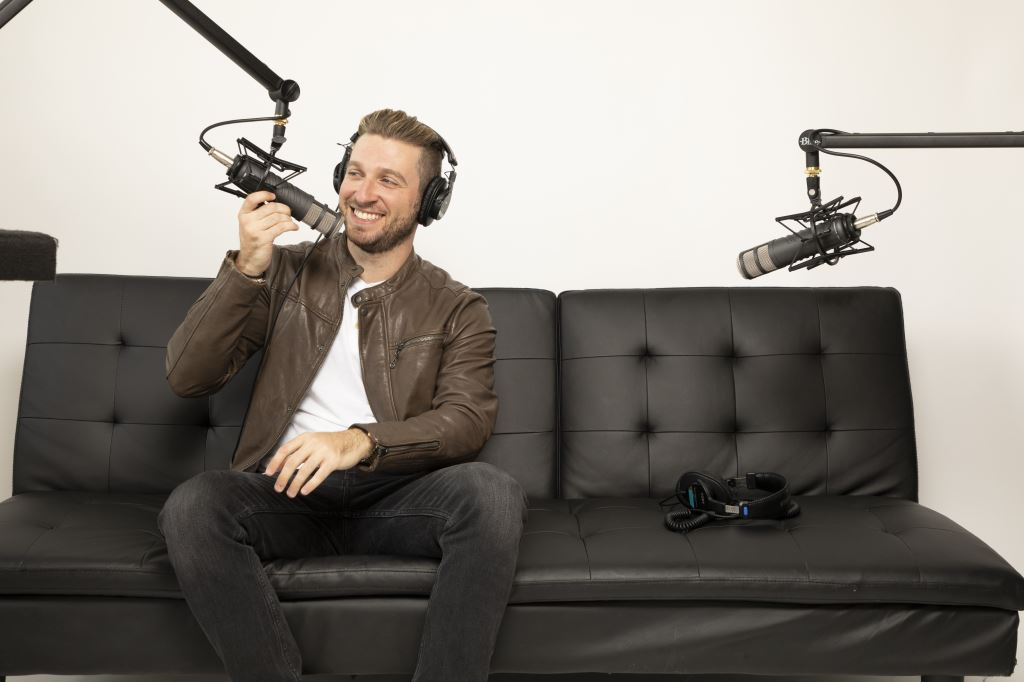 He added that he intended to keep the content “sincere” and to protect the original father-son concept. “We don’t need the money,” he said.

How did Jon and Bronsen decide to get into the podcast game? Bronsen said the moment of inspiration came when his grandfather, Jon’s father, passed away. “I thought it was shame we didn’t record all the conversations we had,” he said. “So we thought we should do this and create a time capsule.”