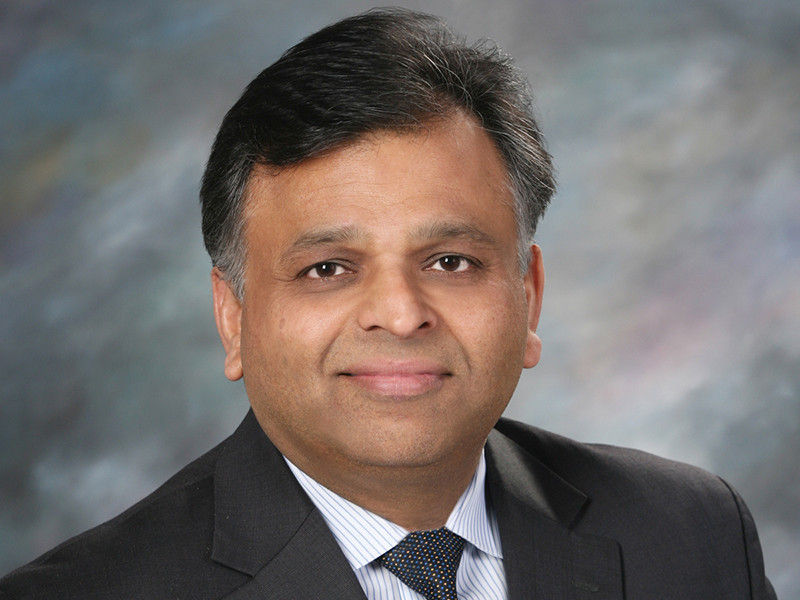 Just six years ago, the largest waste management company in Australia was facing unhappy investors and struggling to recover under a debt burden of around $2.1 billion. Cleanaway (then operating under the name Transpacific) was lacking strong leadership, a cohesive strategy, and completely failing to prepare for the imminent changes to the waste management landscape. Today, it has risen over 120 places on the ASX market index and has increased its market capitalization from less than $1 billion to over $5 billion. Financial metrics are at record levels and strategic acquisitions and greenfield investing have positioned Cleanaway as an industry leader, driving innovation for the entire sector.

At the center of this transformation was Vik Bansal, Chief Executive Officer and Managing Director of Cleanaway since 2015, and having recently announced his transition from the role at the end of June 2021. Fund managers have attributed much of the company’s success to Bansal, who was acutely aware that the world needed to change the way it saw its waste. Rather than simply making small tweaks to the company, Bansal sought to create a foundation on which both Cleanaway and the country as a whole would be able to build, shifting the view of waste from a problem to be dealt with to a resource that created value. Bansal has said that he decided to accept the position at Cleanaway because his time researching the company told him that although it was struggling and management turnover was high, the core of it – the people who worked there – was good. Entering the job with an objective view of the business and a solid understanding of its performance, his motto for the transition became to take the company “from good to great.”

Bansal’s success can be boiled down to the fact that he sought to improve Cleanaway comprehensively. While it may be desirable as a new leader to make cosmetic changes such as branding and design first, Bansal instead focused on the development of an operating model, building a solid base through which later improvements could thrive. For Bansal, the company’s technical challenges, overall strategy, and the behavior and engagement of the leadership teams all interconnect to tell the story of how the business operates and by correcting courses in these areas Bansal was able to quickly identify where cost could come out. Seeking to remain straightforward with those in the company, Bansal was honest and open with the employees of Cleanaway from the beginning that in order to get back on track, costs would have to be cut. After enduring a turnover of four chief executive officers in three years, his new workforce was appreciative of his upfront nature.

Rebranding for a cohesive image of sustainability

Contrary to many other new leaders who seek to quickly make an impact, Bansal was initially hesitant to consider rebranding so early in his tenure. However, once he had corrected the operating model it became clear to him that operating as a multi-brand business was proving detrimental. He tentatively put the idea forward to employees, executives, and investors and found that not one person was against the idea, nor could they even come up with a valid reason not to. With Cleanaway being both the strongest brand and the one with the longest history, it was a natural choice to pivot to when it came to the rebranding opportunity and with a new brand image came a new mission statement and purpose: making a sustainable future possible.

The idea of a company striving for sustainability worked twofold, not only positioning the company as a waste management thought leader that would be at the forefront of positive change, but also identifying Bansal’s desire to transform the company as a whole into something that would withstand the test of time. By owning the word sustainability, it became a force that drove the entire organization to seek to make a sustainable future possible for all stakeholders, whether that be the employees, customers, investors, or the environment.

With the new mission statement and operating model also came Our Cleanaway Way, Bansal’s clear-cut strategy that aided in defining and aligning every person in the company toward their purpose. This move provided clarity for what had previously been a murky and lacking cohesion, and now the company had a common language and narrative across the organization that ensured they were aligned across the board. It provided an on-page strategy that clearly defined the company’s values which could be used as a guide for prioritization and decision-making while also outlining what could be expected of each other. Finally being aligned toward a single mission, by 2017 Cleanaway’s investor relations were much more positive and they had a thriving company culture that positioned them well for the coming disruptions to the industry such as the China Sword policy that would bring the waste management conversation to the forefront.

Having successfully righted the ship internally for the company, by 2017 Bansal’s next big implementation was ready to be put into action. Australians are among the world’s largest producers of waste and anticipating the imminent push toward a circular economy that would be needed in order to meet the growing needs communities would face in managing their waste, he created Footprint 2025. The strategy would serve as a roadmap to ensure the country would have the proper infrastructure in place to sustainably deal with waste, anticipating the many challenges that would be faced in the waste management sector. Looking to long-term solutions that would allow for the recovery of more waste as well as processing more recyclables to ensure that the least amount of residual waste is left to be disposed of, Bansal’s plan would provide solutions that followed the company’s mission statement of being both environmentally and economically sustainable.

Following his roadmap, Bansal’s next move within Cleanaway was ramping up its capabilities through greenfield investments and strategic acquisitions. He was able to successfully integrate Toxfree and Daniels Health, which in combination with organic growth made the company the 17th largest waste management firm in the world. As a result, the company refreshed and relaunched Our Cleanaway Way to better represent the business they had become. With these acquisitions, Vik expanded the company’s resource recovery footprint significantly, solidifying their path to becoming a total waste service provider.

In 2019, the company prevented the state of Victoria from losing half of its recycling capacity by acquiring the assets of SKM Recycling, which had gone into administration. The acquisition included material recovery facilities, a plastic recovery facility, and transfer stations, and in addition to restoring recycling to Victorian councils, they were able to quickly gain infrastructure that would have otherwise taken years to build, better supporting Australia’s transition to a more circular economy.

Sustainability reporting based on SDGs

Public opinion on sustainability and a circular economy has been growing significantly more supportive with both consumers and investors alike looking to businesses for transparency when it comes to environmental and sustainability issues. This fact was not lost on Bansal in the slightest, who in 2020 published the company’s first comprehensive sustainability report. The 88-page document elaborated on all of Cleanaway’s material topics and introduced a Value Creation Story which took their strategic pillars and showed how the inputs they draw on were transformed through their business activities. In addition to this, it identified nine of the United Nations Sustainable Development Goals (SDGs) which it intended to prioritize, including gender equality, affordable and clean energy, decent work and economic growth, industry, innovation and infrastructure, reduced inequalities, sustainable cities and communities, responsible consumption and production, climate action, and life on land. This reporting process is one that the company will continue to go through and update each year moving forward, creating a new level of accountability for all of Cleanaway’s stakeholders.

Cleanaway’s value chain was now a strong horizontal line, but Bansal sought to extend it further into a web that went beyond sorting to create long-term value for recycling. Through his organization of the impending joint ventures with the industrial packaging company Pact Group, he created a pioneering collaboration between governmental policy and industry that would help move Australia’s circular economy forward. Through two new facilities in New South Wales and Western Australia, clean plastic will be collected via the states’ container deposit schemes and supplemented by Cleanaway’s plastic recovery facilities, and funded in part by the Australian government’s Recycling Modernization Fund. In addition to leveraging the plastic processing expertise that Pact Group will bring, the New South Wales facility which recently broke ground will also partner with the beverages company Asahi, ensuring that the influx of pelletized plastic and bottle manufacturing will have the demand to meet it. Through the combination of such demand along with infrastructure and consumer participation, these new facilities create a truly circular system in which less virgin plastics are found on the shelves for consumers.

Thanks to Bansal’s steady hand and eye for comprehensive strategy, Cleanaway has become an indispensable aspect of Australia’s reevaluation of their waste industry, and Bansal a thought leader within it. He is a founding board member and non-executive director for the National Waste & Recycling Industry Council, and a non-executive director for the Waste Management and Resource Recovery Association of Australia. While there remains much that the company can still accomplish thanks to his acumen and foresight, Bansal will leave the company in good stead for the next stage in their journey.