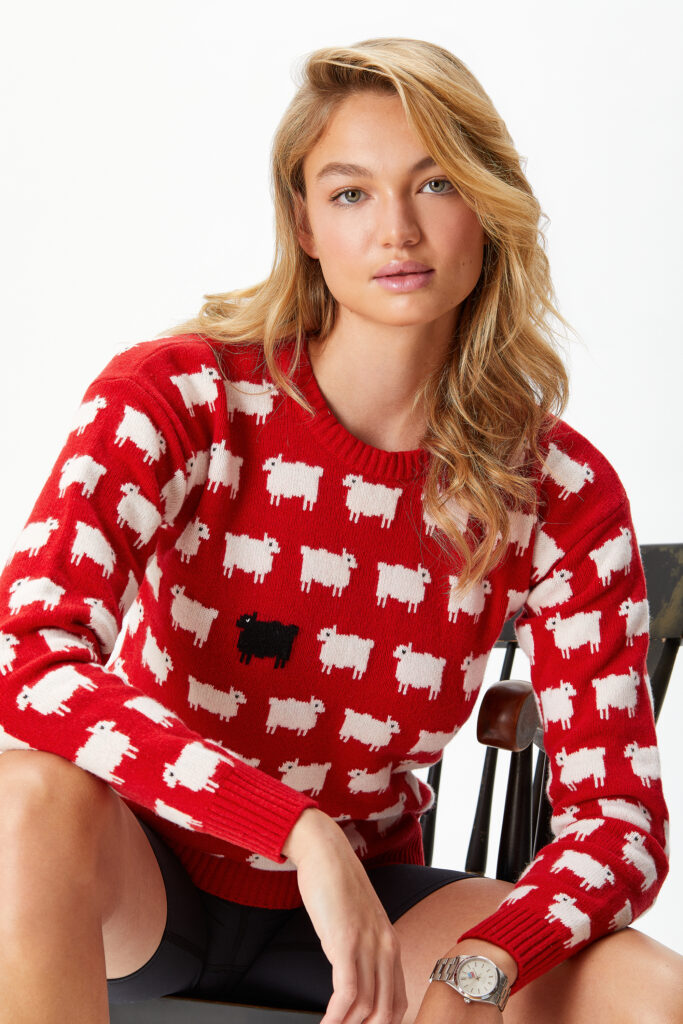 When Rowing Blazers Founder and CEO Jack Carlson launched his hit brand, he expected a largely male audience to purchase sartorial creations like rugby shirts and sport coats. But soon, he noticed those very items appearing on the shoulders of women, who accounted for roughly a fifth of total sales. So perhaps it was only fitting to launch a dedicated women’s line.

“Last fall was the first real women’s specific product launch,” Mr. Carlson told Exec Edge in an interview. “It not only worked. It exploded.”

As it approaches its fourth birthday, Rowing Blazers now sells 50% each to men and women. The women’s launch was also a major driver of the company’s growth, which clocked 346% last year according to web traffic data compiled by SimilarWeb, ranking Rowing Blazers #8 on a list of direct-to-consumer (DTC) brands. Rowing Blazers even beat out Wall Street darling Peloton Interactive, Inc., which ranked #15 on the list with 206% web-traffic growth.

One notable example of a major recent success was the revival of Warm & Wonderful sheep sweaters, which were first created by British designers Joanna Osborne and Sally Muir in 1979. While others such as Lanvin and Chloe had riffed on the design, the original creators hadn’t received credit for their work. 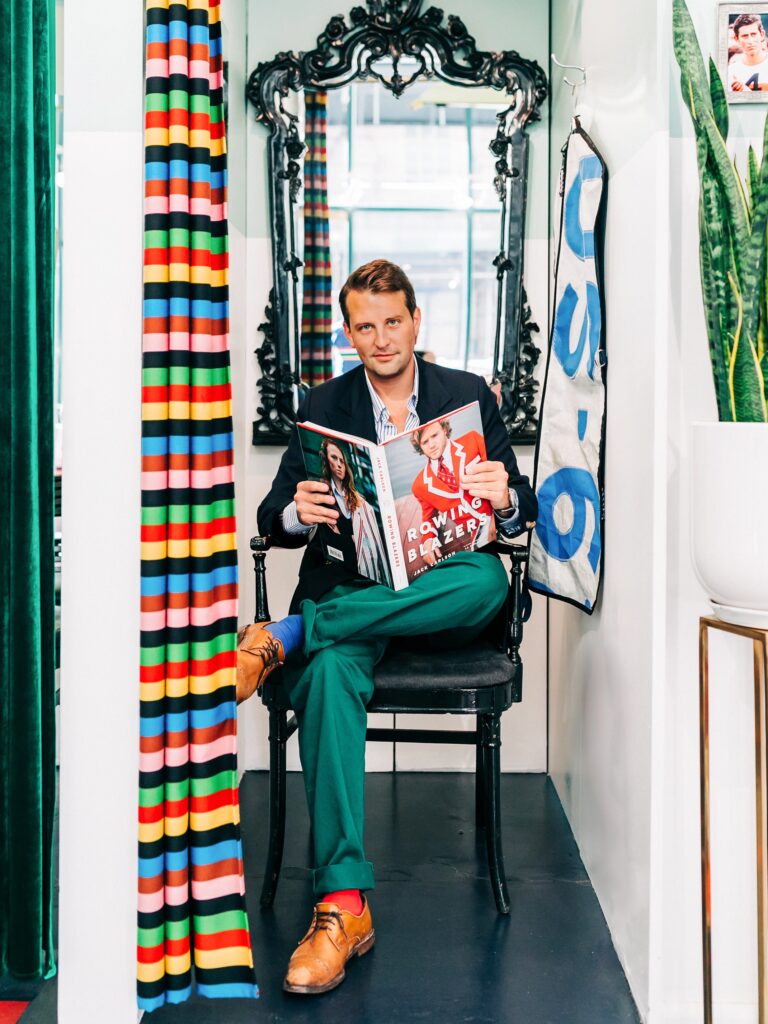 Mr. Carlson set out to change that by contacting the designers directly. Over the course of two years, he was able to strike deals to bring the beloved sweater – once graced by Princess Diana – back to market.

“I wanted to do it the right way and hope it’s a running theme with our brand,” Mr. Carlson said.

He took the same approach with the the original “I’m a Luxury” jumper, which was also a favorite of Princess Diana, bringing the early 80s look back to for the first time in many years.

The women’s collection is broad and diverse, ranging from bike shorts to double-breasted blazers that sport $795 price tags. The latter bear some resemblance to Ralph Lauren, but with a distinctively fun twist. 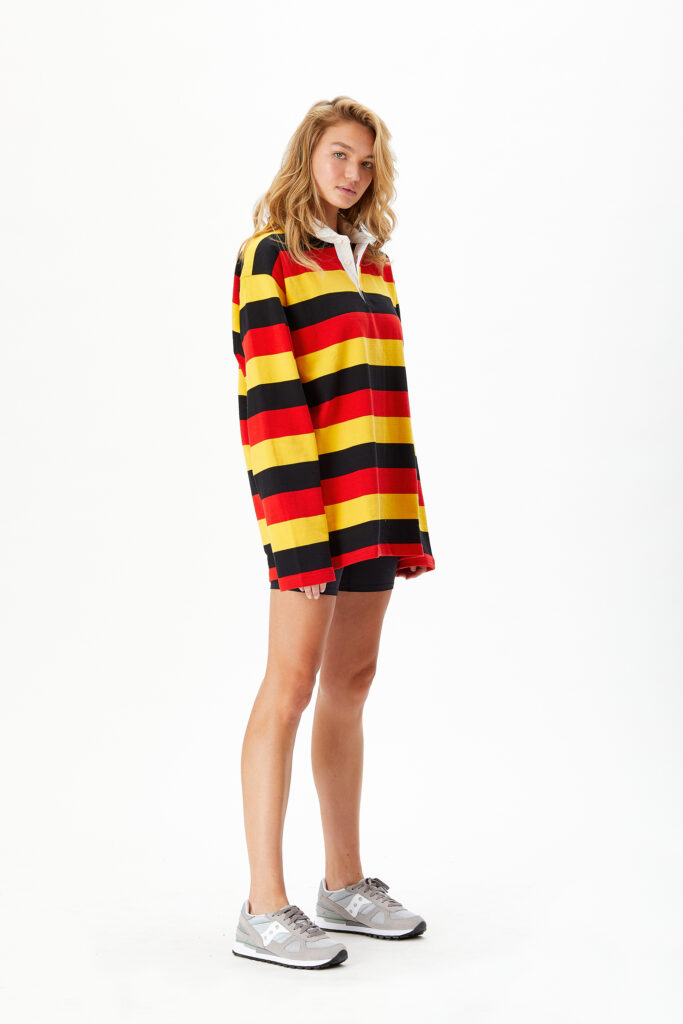 Indeed, it’s tempting to draw comparisons with Ralph Lauren, which truly captures an entire lifestyle. Rowing Blazers does the same – selling everything from basketballs to high-end wool jackets –  but can be much more spontaneous and even surprising.

Take the Babar “pod” for example. A favorite childhood character of Mr. Carlson, the regal elephant now appears on a bright green blazer, a cashmere-wool sweater, a necktie, and more.

Mr. Carlson did the same with Harry’s Bar, the oldest cocktail bar in Paris and birthplace of the Sidecar, Bloody Mary, and French 75. Inspired by the bar’s logo and ambience, he decided to collaborate.

“I love that place,” he said. “I talked to the grandson of the founder – Harry himself.”

Collaborations with brands – both well-known such as Barbour, Sperry, and Lands’ End

along more obscure ones such as Warden Brooks, maker of the “banker bag” – have helped Rowing Blazers expand its audience. As Mr. Carlson told IPO Edge in a recent interview, most of the collaboration requests are inbound. 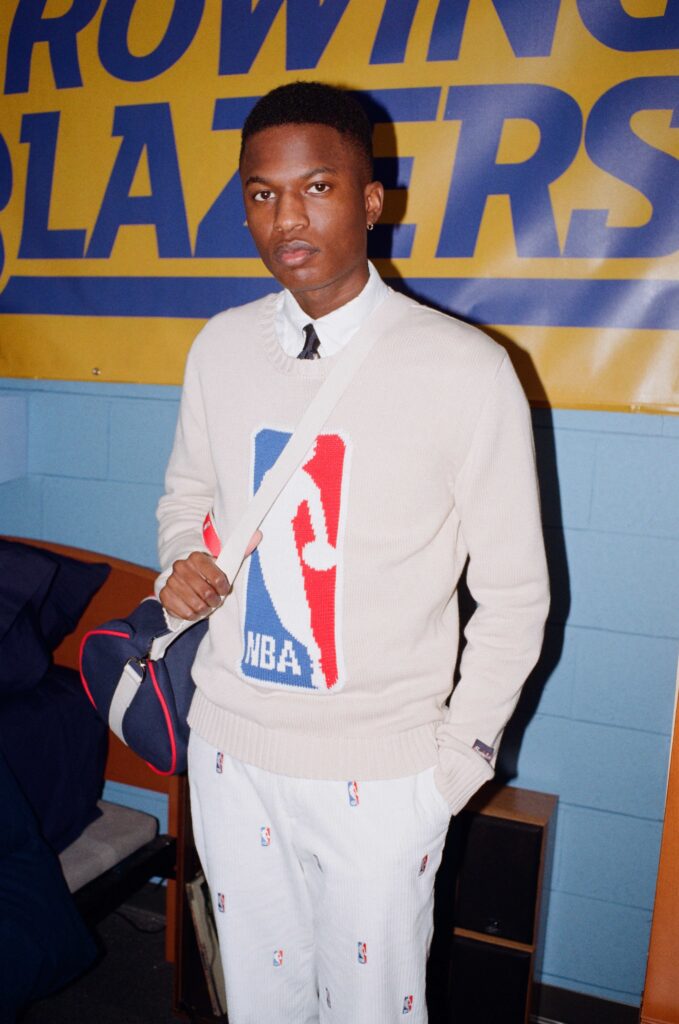 The same is true of one of the newest collaborations with the NBA. Mr. Carlson, a Boston Celtics fan, says that so many NBA players were wearing Rowing Blazers that the league apparently took notice.

“Russell Westbrook walked into our LA popup and bought a bunch of stuff,” he said. “When I heard about it I asked ‘how did he get all of these pieces?’ and the answer is that he just paid for them in cash.”

Other basketball stars with a penchant for Rowing Blazers include Carmelo Anthony, Dwyane Wade, and Tobias Harris – to name a few. Actor Tracy Morgan was recently spotted in a Rowing Blazers NBA sweater.

Popup stores like the one Mr. Westbrook visited have been a key component of the Rowing Blazers strategy. Mr. Carlson has opened them in places from Brooklyn to Tokyo and wants to do more as the world normalizes after Covid.

“I want to do a popup in London when the lockdown lifts,” he said. “We’ve never had a physical presence there. We’re also thinking about Nantucket.”

In addition to the exposure popup provide, Rowing Blazers has likely seen sales benefit directly from celebrities who love the brand. “We’ve enjoyed natural celebrity endorsement,” he said, pointing out that Timothée Chalamet, Will Ferrell and Macklemore have been seen publicly in Rowing Blazers.

But that leaves the question of where most people shop for the brand. For two years, Rowing Blazers had a large store known as its clubhouse in Manhattan’s Soho neighborhood, but very recently decided to shutter it. 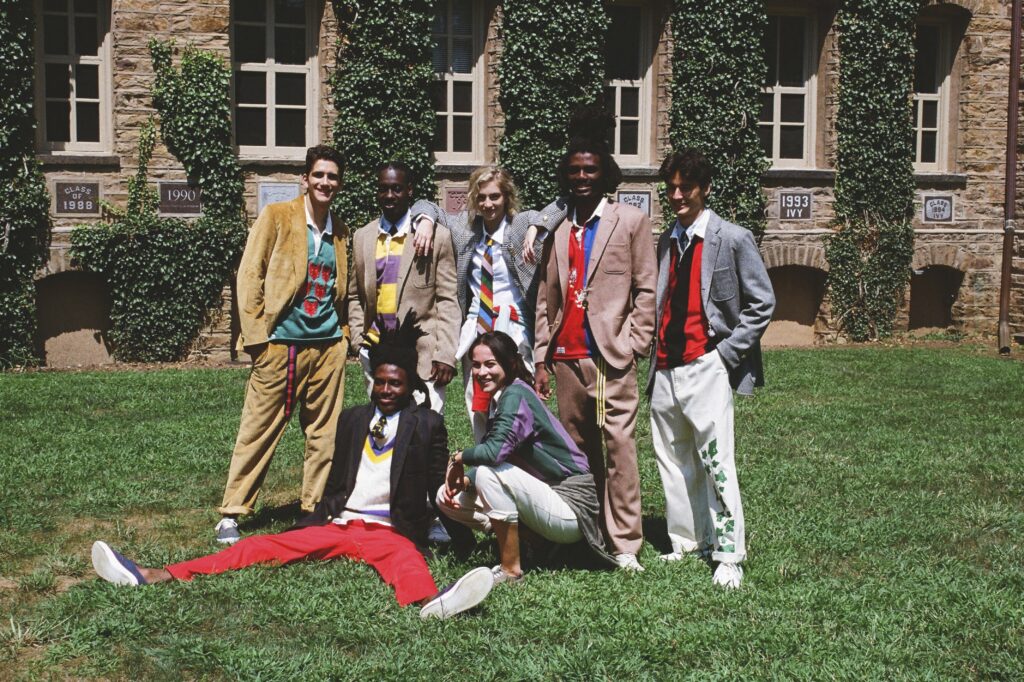 “When we closed the store people totally got the wrong idea,” he said. “We are doubling down on e-commerce which is exploding now.”

Indeed, Rowing Blazers thrived after worldwide shutdowns began a year ago and people had no choice but to make purchases online. So much so that the brand made a surprising swing from red to black.