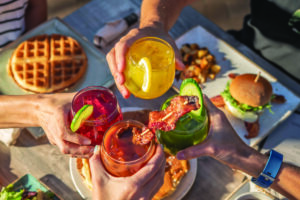 “Our second quarter performance reaffirms First Watch as one of the most consistent, best-performing concepts in the restaurant industry,” said Chris Tomasso, Chief Executive Officer and President of First Watch. “As we look ahead, we intend to continue driving profitable growth while investing further in both our new restaurant development and our people.”

The company raised full year guidance, including total revenue growth of approximately 20.0%, adjusted Ebitda in the range of $70.0 million to $72.0 million and same-restaurant sales growth in the range of 13.0% to 15.0% with continued positive traffic

First Watch, which operates 449 restaurants across 28 states, went public in October of last year via IPO.