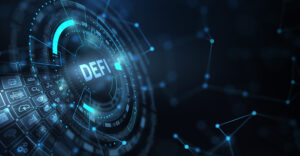 All public companies have cash flow goals to ensure they take intake more money into the business than flows out. This enables companies to do such things as settle debts, reinvest in its business, pay expenses, and provide a buffer against future operational expenses. While most nascent companies have little ability to generate positive cash flow amid significant business expenditures and low revenues bases, Liquid Meta Capital Holdings Ltd. (NEO: LIQD) is working towards achieving just that: positive EBITDA in its first full year of operations.

Liquid Meta is building a technology-enabled liquidity mining company focused on the next generation of blockchain-based protocols, platforms and applications facilitating the growth of DeFi through a proof-of-stake (PoS) network consensus. In the initial phases, the company is conducting liquidity mining operations using its own capital to consistently generate yields over time.

While it perfects the process, Liquid Meta is amassing an impressive development team to build out the interface of the platform, called MetaBridge. The goal is to simplify the user experience for clients to allow direct automation of financial transactions without the need of a centralized third-party. Liquid Meta is the only pure-play DeFi public company focused on the institutional side of the market.

In advance of the buildout of MetaBridge, the company is deploying its own capital to prove-out the effectiveness of its liquidity mining strategies. The aim is to give Liquid Meta credibility among an institutional client base that it covets—whether as a future platform provider or steward of investment capital.

What Is Liquidity Mining?

Liquidity mining—sometimes known as yield farming, although there is a distinction—is the practice in which crypto holders lend assets to liquidity pools on decentralized exchange (DEX) in return for fees and rewards. A liquidity pool is a pool of tokens that are locked in smart contracts that interact with a decentralized exchange to automate and provide open access for the exchange of digital assets. Every time a transaction occurs within the liquidity pool, the protocol generates a service fee for the transaction—a portion of which is distributed to liquidity miners in the form of fees for providing a service to the protocol.

Liquidity mining is important because a DEX needs liquidity to enable trades between different token pairs. Without intermediaries such as Liquid Meta to provide it, these trades could not take place. Without trades, there is no market. In a nascent and unregulated marketplace industry where institutional capital is patchy, liquidity miners are the lifeblood of the decentralized exchanges, which make DeFi possible.

And it’s this exact business model in which Liquid Meta strives to generate positive EBITDA from the outset: by generating yield on invested capital, over & above the business expenses it is incurring each quarter. Assuming the strategies employed are working as planned—and assuming the company is deploying most of the capital available on its balance sheet (over US$20 million)—perhaps achieving positive cash flow (EBITDA) could be an achievable goal

The reason being is that liquidity mining is a consistently lucrative business when proper strategies are deployed. It is not uncommon to see stablecoin projects deliver up to 20% annual percentage yield (APY), or triple-digit APYs on more adventurous projects.

The key is having portfolio managers that can understand and mitigate risk, which is something CEO Jonathan Wiesblatt should be familiar with. Mr. Wiesblatt is a former Portfolio Manager at Ninepoint Partners and Sprott—both Tier-1 investment funds with multi-billion dollar assets under management.

Obtaining positive cash flow would be a very advantageous thing for a company such as Liquid Meta Capital Holdings. The reason is the promise of high operating leverage, which would allow significant amounts of surplus capital to be redeployed back into the business. This is a prime benefit for companies that operate in a low CAPEX and OPEX environment.

One of the core tenets of Liquid Meta’s liquidity mining operations is diversification. As most successful liquidity miners do, the company stakes its digital assets across many blockchain-based protocols to reduce risk and capitalize on higher yield from less liquid tokens.

And so far, the approach seems to be working.

On January 14, Liquid Meta released highlights of their first financial report as a reporting issuer. The company reported Q2 2022 quarterly revenue of US$188,229 on a gross profit margin of 96%—a number that is practically unheard of among public companies and among all industries.

Although Liquid Meta isn’t yet earning a net profit in these early days, the potential for EBITDA generation is apparent. Its gross profit margin shows a substantial amount of profit made before deducting selling, general, and administrative costs. Essentially, the company retained around 96% of its liquidity mining profit because its general business expenses are so low—showing how much operating leverage its model has.

Keep in mind, the average amount of liquidity supplied in Q2 2022 was just over US$2 million. Subsequent to Q2, Liquid Meta deployed an additional $20 million of liquidity—or about ten times that deployed the previous reporting quarter. If Liquid Meta can generate similar-type of yields using a larger capital base—like we think is possible—investors can anticipate substantial EBITDA generation in the near future.

Naturally, as Liquid Meta continues building out its development team to create MetaBridge, its margin profile will mitigate somewhat. But its tantalizing ability to generate cash flow on its core operations is something that should captivate DefI investors, as Liquid Meta solidifies itself as a sector company worth watching.