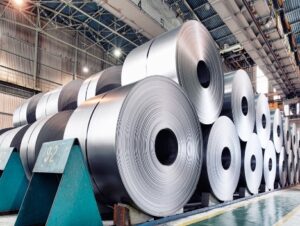 Six years ago, nearly 200 nations came together in a feat of unprecedented collaboration to create what is known as the Paris Agreement. Although each faced unique challenges in the road ahead, they all made a collective commitment to combat climate change and unleash actions and investment toward a low carbon, resilient and sustainable future. With a priority of keeping the global temperature from rising more than 2 degrees Celsius, the hope was that through this historic collaboration the temperature increase could be limited to 1.5 degrees Celsius above pre-industrial levels, which climate scientists found would build a significantly safer defense line against the worst impacts of a changing climate.

This month, we watched as leaders and representatives from those countries came together again for the first time to enact what has become known as the “ratchet mechanism,” ramping up their efforts and making more ambitious commitments every five years (one year delayed due to the coronavirus pandemic). After two weeks of discussions, the resulting Glasgow Climate Pact became the first ever climate deal produced with the aim of reducing coal –– the worst fossil fuel for greenhouse gases.

The immense complexity of global decarbonization cannot be overstated. Of all the fossil fuels, coal puts out the most carbon dioxide per unit of energy, but it is also currently the primary source of power behind what could be considered one of the pillars upon which modern society has been built: steel. Steel is not only vital to constructing the homes we live in and the buildings we work in; without it, we would lose everything from bridges and electricity transmission towers to the furniture we sit on and utensils we use to eat wouldn’t be. Even the cars we drive –– including electric ones –– are dependent on steel. For Vik Bansal – CEO and Managing Director of Australia’s leading vertically integrated Electric Arc Furnace (EAF) manufacturer of lower-carbon steel, InfraBuild – building a sustainable future for the world will be impossible without finding a way to decarbonize steel.

“When we talk about sustainability, the environment is certainly a massive piece of the puzzle but it is a much bigger than just the environment,” said Bansal. “Sustainability must be considered for all of the other stakeholders –– those who work with the industry, the families they support, every single person who benefits from the use of steel on a daily basis. How many people have been sustained throughout their life because of the success of steel companies?”

The World Steel Association, the international trade body for the iron and steel industry, enlisted Oxford Economics in 2019 to evaluate and quantify the industry’s economic and social impact on a global scale. The study found that for every two jobs in the steel sector, 13 more jobs are supported throughout its supply chain. This means that although the steel industry itself employs some 6.1 million people, roughly 40 million in total work within its global supply chain, providing a livelihood for people across multiple sectors outside of the industry and reaching countries well outside of the major steel-producing locations. The study ultimately found that the total value-added contribution either supported or facilitated by the steel industry accounts for $2.9 trillion USD, equivalent to 3.8 percent of global GDP.

Unfortunately the sheer scale of the steel industry and its prevalence in nearly every aspect of modern society has given it a significant carbon footprint, resulting in the steel industry being amongst the three biggest producers of carbon dioxide. While the production of steel requires far less energy than many other metals, the high temperatures needed to transform iron ore into steel still results in an energy-intensive process, and the energy and heat required are traditionally derived from fossil fuels –– primarily coal. Through research conducted by the World Steel Association, they found that for every metric ton of steel produced, 1.85 metric tons of carbon dioxide is released into the atmosphere, and total direct emissions for 2020 were 2.6 billion metric tons, representing between seven and nine percent of global emissions.

The good news is that once steel is produced it can become a permanent resource, being one of the only materials in the world that does not experience a loss of quality when it is rescued, giving it a potentially endless life cycle and making it 100 percent recyclable. For over 2,000 years the primary technique for creating steel has been through the use of a blast furnace, in which raw iron ore is melted and then converted to steel by blowing oxygen through it, but in the 19th century a new process involving the use of an Electric Arc Furnace was invented. Rather than using coal, Electric Arc Furnaces – such as those used by InfraBuild – can be charged with scrap steel, which is melted to make new steel, effectively closing the loop in steel’s recycling process.

“The decarbonization of steel is a hard process, but it is inevitable and we as steelmakers can’t shy away from it. For many businesses it will be expensive, but we need to get there and that is where the excitement of steel comes in. You’re in an endless loop of recycling – developing a metal from start to finish and then put it in an endless loop. It’s a great story that will require a lot of hard effort, but ultimately I believe we’ll get there,” said Bansal.

A study conducted by the European Union found that one tonne of steel produced from scrap metal uses 75 percent less energy than smelting virgin iron-ore, and reduces carbon dioxide emissions by 231 tonnes. According to WorldSteel Association data, in comparison to traditional blast furnace steelmaking, an EAF steel manufacturer produces steel with almost 80% reduction in carbon emissions per tonne of steel, and 64% less electricity use However, although Bansal’s company InfraBuild produces its steel exclusively through the Electric Arc Furnace method, three-quarters of the steel produced today is still coming from blast furnaces. Additionally, even utilizing Electric Arc Furnaces does not make a steel company completely carbon neutral, as they are still partially powered by electricity derived from fossil fuel. “But when you apply renewable energy on top of the use of Electric Arc Furnaces you drop your carbon footprint immensely, and that is something we are exploring,” said Bansal.

The question for the future of the industry is what alternative fuel source will be best suited in order to become carbon neutral. While hydrogen, biofuel, wind and solar energy have all been put forward as viable options, it will require an investment in research and capital in order for the ideal solution to be reached.

While the global agreement to take action and reduce coal usage was imperative to achieving the goals of the Paris Agreement, each country will need to tackle the issue within the steel industry differently. Developing countries that do not have already-established steel industries will need support in leapfrogging older less sustainable methods of steel production, while developed countries must work to change and upgrade already massive infrastructures. The world’s biggest steel producing country China, that produces about 90% of its steel using traditional blast furnace methods (in comparison the US produces almost 70% of its steel using EAFs), has flagged investment in new and replacement Electric Arc Furnaces in the future as part of its commitment to carbon neutrality by 2060.

However, according to Bansal no matter what the specifics of the goals are, a clear-cut policy and set of goals are what he believes will impart the most action.

“A sensible policy, a sensible framework, a sensible endpoint…we are all trained from a school age to develop goals, whether it be lifestyle goals or personal goals or financial goals. We are all looking for that lighthouse saying ‘that’s what the target is ladies and gentlemen, you go and get that in steel.’ Human beings are generally motivated by getting to the top of the hill, and that is why absolute clarity is needed in what we are working toward,” said Bansal.

From renewable energy to infrastructure for fuel-efficient and clean-energy vehicles, any future innovations in developing a green economy and sustainable future will inevitably require steel. Modern society is inextricably linked with steel, and for Vik Bansal that means that one of the top priorities for world leaders should be implementing policies that move steel in that path.

Cvent CEO & Founder, Reggie Aggarwal, on the Future of Meetings and Events and the Company’s Reentrance to Public Markets