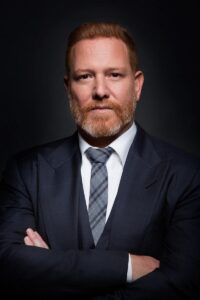 The dream of Wikipedia was noble: Instead of creating another print encyclopedia assembled by a small group of elites with gilt-edged credentials that was out-of-date by the time it was published, Wikipedia would be online and instantly updatable as new knowledge came to light. It would include input from credentialed academics, but also from self-made experts – single-subject enthusiasts who had become authorities on narrow topics. It would be a democracy of knowledge.

The Dream of Wikipedia

It was understood that Wikipedia’s infancy could be problematic. With such open access, anyone could insert incorrect information into an entry, a danger that never existed in the Encyclopedia Brittanica. One of the earliest, highest-profile examples came only five years after Wikipedia’s launch, in 2006, when late-night comedian Stephen Colbert edited his own entry during his show, then encouraged his viewers to insert incorrect information into the entries for George Washington and elephants. Wikipedia’s truth-squadders – its citizen editors – moved to staunch the damage by locking down entries and showing what Colbert had done. But the weakness had been exposed.

The ultimate utopian hope for Wikipedia was built on two key ideas: The more editors who participated, the better the quality of the entries; this is the benefit of the so-called “wisdom of crowds.” The other hope was that, over time, Wikipedia would evolve for the good of all. Like all utopian visions, this vision has been destroyed by the reality of human nature.

Instead, Wikipedia has become an exclusive club. The VVIPs hang out in a lounge overlooking the dance floor, telling the DJ what to play. You’re outside in line, behind a velvet rope. You might get a foot in the door, until the bouncer doesn’t like the look of you, and chucks you out. You might slip your way past the bouncer if he’s distracted and get a couple of dances in until security finds out and erases you. Conversely, you might pay a guy who knows the bouncer, and you get in.

Who are the VVIPs? The coterie of editors who gain more and more access by the number of contributions they have made to Wikipedia and the length of time they have been on the site. They are ranked on multiple levels, from “Registered User” to “Admin User.” They carry alternative titles, such as “Most Perfect Tutnum” and “Grand High Togneme Vicarus,” which tells you that the editors see themselves less like August guardians of the world’s knowledge and more like the masters of a fantasy realm they have created.

Many top editors, to be sure, carry vast and deep knowledge and a commitment to getting it right. But, there are simply too many with too much time on their hands and an ax to grind.

If you see something wrong about you on Wikipedia, you’d want to go into the entry and change it. But, it’s not that easy. You can’t, unless you have some form of credential. Even if you do enter and make the change, that’s the beginning of the process, not the end. This change starts a conversation, and many editors may now enter. Competing voices may seek to prove what was wrong about you was actually right, and offer what they believe is proof. You will rebut with your proof. Source material will be debated and disputed.

Now, another group of editors may enter the conversation: Editors who have been paid to dislike you. This is not always forbidden. Paid editors must disclose that they are paid. But, not all do. It will become you versus editors, who are paid to outlast you. You must counter by paying a more senior editor to fix the damage. Or, more likely, you realize you have a job and a family and you give up.

This war-of-attrition process has been attested to by Wikimedia trustee Dariusz Jemielniak: “Tiring out one’s opponent is a common strategy among experienced Wikipedians … I have resorted to it many times,” according to Wikipedia’s entry on “Criticism of Wikipedia.”

Wikipedia has painted itself into a legalistic corner by relying on a limited universe of reliable sources. An example: My age. My verified birth date is easily findable. But, not to Wikipedia. My entry reports that I was “born 1974 or 1975.” Why? Per Wikipedia’s own footnote: “Reliable sources such as Financial Times and The New York Times only mention Ryan Kavanaugh’s age at a certain point in time, hence the range.” This religious adherence to its own set of limiting, crabbed rules renders Wikipedia incapable of accurately reporting the simplest fact. This is plainly absurd. (I was born in 1974. I attempted to verify my age to Wikipedia using a birth certificate and driver’s license, but Wikipedia refused to accept either as proof of my age.)

Wikipedia’s slavish devotion to its universe of reliable sources, rather than primary sources, can spell reputational disaster for innocent victims. Let’s say someone has sued you, citing a false and fantastical claim – you stole a lion from a zoo. There is no law against filing frivolous lawsuits and they are cheap to file. If a reporter from one of Wikipedia’s reliable source publications writes that you’ve been sued for stealing a lion from a zoo – because journalists are drawn to salacious allegations – a Wikipedia editor may include the article in your entry. When the court dismisses the frivolous lawsuit because you, in fact, did not steal a lion from a zoo, Wikipedia will not correct the record on your entry unless the court action proving you are innocent is written about in one of Wikipedia’s reliable sources. According to Wikipedia’s Kafka-esque rules, your innocence was never proven.

The Problem At Large

All of this is a problem because Wikipedia is one of the Top 10 most-visited sites on the internet. It’s a global resource available in 325 languages. Despite its many inherent and acquired flaws, it has become the go-to knowledge resource for everyone from school children to law enforcement to bank compliance officers.

Owing partly to Wikipedia’s ubiquity and ease of use and the demands on our time, it has become the primary – often, sole – source for what we know about countries, corporations, ideas, and people. When Wikipedia gets it wrong, or doesn’t tell the whole story, or – worse yet – when an entry is systematically attacked and defaced by people with nothing but time on their hands, who are willing and able to outlast the efforts of those who seek to repair the damage, it’s game over.

I am experiencing this firsthand. Over the past year, my Wikipedia entry – the top search result under my name on Google’s Page 1 – has been repeatedly defaced and riddled with inaccurate information. A year ago, a YouTube comedian with more than 1 million followers named Ethen Klein pirated and broadcasted video from a boxing match my company produced for pay-per-view. We sued him to force him to remove the video, but in response, he has waged an all-out digital war against me, creating YouTube videos attacking me, comparing my appearance to that of a disgraced Hollywood figure, rallying his followers into action on Reddit and other forums and defacing my Wikipedia entry by use of hired editors. In response to this, I have been forced to sue Klein for defamation. Yet, the attacks continue, and my Wikipedia page still contains incorrect, damaging information.

Wikipedia started as a good idea. But, over time, it has become a self-protective hive, where editors’ egos, counter-productive rules, and paid access matter more than the truth.