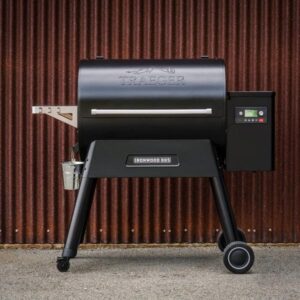 Total revenue came in 5% lower on the year at $223.7 million, driven by a decline in grill unit volumes partially offset by price increases taken in the second half of 2021 and early 2022. However, despite a 8.4% decrease in revenue in the North American market, Rest of World revenues increased by 108.8%, reflecting continued momentum in the company’s core international markets.

“Despite the headwinds that we faced in the first quarter, we are pleased to report better than expected revenue and adjusted EBITDA for the quarter,” CEO Jeremy Andrus, said in a statement. “Given that our first quarter revenues benefited from a shift in the timing of grill shipments, as well as our belief that the macro backdrop will remain volatile for the balance of the year, we are reiterating our prior 2022 outlook despite reporting first quarter results ahead of our prior guidance.”

EVR Brands Taking Athleisure Up a Notch With Customization and Branding