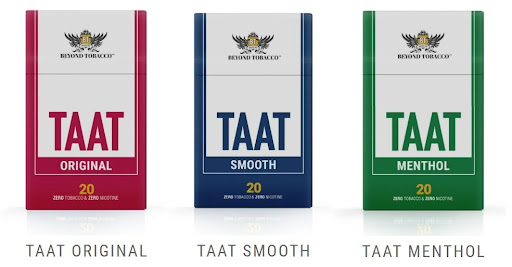 In a further sign of business model validation from people in the know, TAAT Global Alternatives Inc. (CSE: TAAT) (OTCQX: TOBAF) (FRANKFURT: 2TP) has received an additional CAD $10,000,000 investment from a group of venture investors led by Ms. Debbie Chang, co-founder of Horizons Ventures, in her personal capacity. The follow-on private placement follows a CAD $6,750,000 investment made by Debbie Chang and consortium in October 2020—capital which helped kickstart TAAT’s current growth trajectory. The placement was conducted at a price of CAD $3.00 per share, approximately 130% higher than the CAD $1.30 price of the investment made by the Investors in October 2020.

Far from just another capital raise from a nondescript investor, Debbie Chang’s linkages to Horizons Ventures—one of the most prestigious private equity firms in the world—is notable. The firm is backed by billionaire tycoon Li Ka-Shing, who at a net worth of approximately $31 billion, is purportedly the 24th richest person in the world. Li Ka-Shing is one of the most influential entrepreneurs in Asia, presiding over a business empire with a diverse portfolio of businesses from a wide array of industries, including transportation, real estate, financial services, retail, and energy and utilities.

Horizon Ventures has famously allocated money in various elite startup companies throughout the world. For example, it was an early investor in artificial intelligence group DeepMind, which was acquired by Google in 2014 for more than $500 million; and voice-recognition group Siri before it was purchased by Apple for over USD$200 million in 2010.

More recently, Horizons Ventures participated in the US$200 million in its Series E funding of Airwallex, the digital payment fintech unicorn backed by Tencent Holdings. Airwallex said recently that its valuation has soared 54 percent over the past six month to US$4 billion following its Series E round led by Lone Pine Capital.

But perhaps Horizons Ventures’ best yielding and most acclaimed investment of all was its participation in a $30 million Series C funding round in Zoom Video Communications in February 2015. The firm, which held a 8.6% stake in the video conference giant as of September 2020, maintained a value of at least USD$11.5 billion at the height of Zoom’s rise, spurred by a boom in stay-at-home teleconferencing following last year’s COVID pandemic. 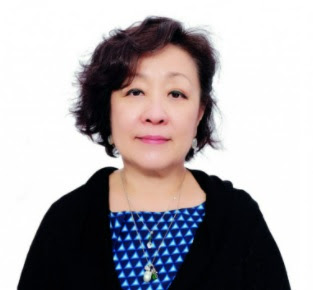 Backed by an undeniable track record of success, Debbie Chang’s personal participation in a second private placement can be viewed as a tacit affirmation of TAAT’s business model. TAAT CEO Setti Coscarella publicly communicated as much, calling the investment a “wonderful validation for such prolific investors to be making a follow-on investment into TAAT as we continue our entry into the USD $814 billion global tobacco industry.”

In light of Debbie Chang’s re-up, it’s hard to view the private placement in any other way.

Owing largely to the capital generated by the group lead by Horizons Ventures co-founder Debbie Change in October 2020, TAAT Global Alternatives has grown substantially over the past year. This was recently reflected in the company’s Q3 2021 financial results, which displayed quadruple-digit organic growth on a year-over-year basis.

The key highlight on the topline was gross revenue that swelled to $1,305,358—an increase of 1,956% from the same period in the prior year—and an increase of 88.77% from the previous quarter. The company attributed this increase to the continued rollout of its flagship product TAAT in the United States as a nicotine-free and tobacco-free alternative to tobacco cigarettes for adult smokers.

Based on its early-stage retail success in Ohio and through e-commerce across the United States, TAAT is confident that the popularity of its products will continue to grow among its clientele. Certainly, the numbers bear this belief out.

Less than a year after officially filling its first pre-orders of tobacco alternative products with retailers in Ohio, TAAT has made serious inroads domestically. In the United States, TAAT’s proprietary hemp-based cigarettes are now situated in over twenty (20) U.S. states, including large populous states such as California, Texas, Florida and Georgia.

Overall, TAAT tobacco alternative products are situated in at least one thousand (1000) stores in the U.S. alone.

On the international front, retail availability is beginning to manifest itself all over the globe.

Just recently, the company announced that more than 43,000 packs of TAAT Original , Smooth , and Menthol have arrived in the United Kingdom and will be dispatched to the London warehouse of Green Global Earth (GGE) following a standard customs inspection. This shipment is part of more than CAD $1,200,000 worth of purchase orders for distribution in the United Kingdom and Ireland, markets in which GGE is the exclusive TAAT distributor.

This shipment marks TAAT’s first international expansion outside of the United States, shortly following clearance of its 1000th retail store location in the U.S.

We expect further market penetration into other countries and/or continents before calendar 2021 comes to a close.

According to Grand View Research, the global tobacco market size was valued at USD932.11 billion in 2020, and is expected to expand at a compound annual growth rate (CAGR) of 1.8% from 2021 to 2028. Although the number of tobacco smokers is gradually falling on a global scale, growth remains steady as consumers gradually shift toward smoking alternatives with the advent of innovative tobacco products.

In TAAT’s core market in the United States, IBISWorld pegs the size of the domestic Cigarette & Tobacco Manufacturing market at approximately USD$52.8 billion. Again, it is expected that shifts in consumer demand to alternative products will drive the bulk of market growth going forward.

Enter TAAT’s smokable hemp-based cigarettes, which offer an experience and taste that is strikingly comparable to the real thing. As a former Lead Strategist, Reduced Risk Products at global tobacco conglomerate Philip Morris (NYSE: PM), TAAT CEO Setti Coscarella knows a thing or two about what cigarette smokers are looking for in an alternative. According to Setti, “I worked with thousands of smokers to better understand the things they liked and the things they didn’t like about smoking, and why they might look for any series of alternative products. ”

Anyone that has attempted to quit smoking understands the inadequacy of most frontline alternatives on the marketplace. Whether it’s nicotine patches or gum, vape products or smokeless tobacco, nothing seems to properly mimic the real thing.

Downstream, this has lead to an inordinately high smoking cessation failure rate. According to the U.S. Food & Drug Administration, about 55 percent of adult smokers had made a quit attempt in the past year, yet only about 8 percent were successful in quitting within a 6-12 month timeframe. The lack of credible nicotine replacement alternatives—substitutes which fail to deliver a replicable experience to a real cigarette—is a key consideration in the moribund statistics.

With the closing of the CAD $10,000,000 private placement to an investor group led by Debbie Chang, TAAT Global Alternatives will have added flexibility to enact initiatives to grow its customer base. And existing investors will gain added comfort that Debbie Chang, co-Founder of one of the biggest and most successful private equity venture firms in the world, is betting her own capital in TAAT’s continued success.