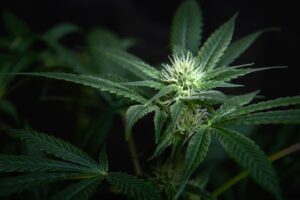 Humble & Fume (CNSX: HMBL) has added another stable partner, as it continues to expand its product portfolio across North America. The company’s supply agreement with BRNT Ltd.—exacted through its wholly-owned subsidiary Windship Trading Co.—fortifies depth to Humble & Fume’s distribution business where product selection is critical.

On January 27, BRNT Ltd. announced that it had signed a definitive supply and distribution agreement with Windship Trading, a leading North American distributor of cannabis and cannabis accessories. Under the agreement, the company will supply Humble with BRNT’s assortment of cannabis accessories, led by its acclaimed Hexagon bong, for distribution through Windship’s network of thousands of retail accounts across the United States and globally. BRNT started receiving inventory in Q3 2021 to its California based fulfillment center. 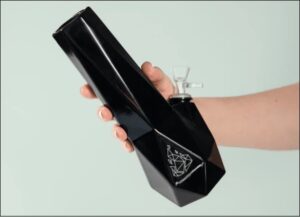 Overall, Windship Trading has grown to become a leading distributor of consumption devices and accessories for dispensaries in the United States. The company caters to the needs of dispensary and smoke shop retailers worldwide in the cannabis industry. It has active operations in San Marcos, Texas, Denver, Colorado, Las Vegas, Nevada and Los Angeles, California—along with international distribution capabilities as well. It also offers products through its online shopping portal at windshiptrading.com.

According to Humble & Fume’s latest quarterly results, their distribution model is growing quite rapidly. Canadian operations experienced 27% organic revenue growth year-over-year, while gross margins increased 30% over the same time frame. Although U.S. distribution sales decreased slightly, the cause was transitory as the company focuses on higher margin sales and optimizing inventory levels.

To that end, its supply agreement with BRNT Ltd. will assist Humble & Fume with optimizing its distribution chain in the U.S. Ultimately, it’s all about aligning with partners with saleable brands that consumers want to buy. With the U.S. cannabis industry expected to expand at a compound annual growth rate (CAGR) of 26.7% from 2021 to 2028, the company is forming the right alliances to help it capture a substantial portion of industry growth.

The Importance Of Distributors In The Supply Chain

Unlike a licensed producer in Canada or vertical multi-state operator in the U.S. Humble & Fume is a pure-play distributor, defined as an entity which purchases products, stores them, and re-sells them through a distribution channel. It is a true intermediary in the supply chain between manufacturers of goods and consumers. Usually, distributors partake in collaborative relationships with clients and manufacturers so that everyone can collect on the benefits of strong sales growth.

Although often underestimated, distributors are key cogs in the supply chain between raw and finished goods. In addition to fulfilling retailer orders, they actively sell and market products on behalf of the producers. They perform market analysis to make sure retailers have a proper inventory mix and are constantly searching for new opportunities to achieve peak sales performance. A distributor focuses on a particular area and market which allows them to cultivate strong relationships with manufacturers. Unlike a wholesaler, distributors often have stronger affiliations with particular companies.

As per its latest MD&A filing, Humble & Fume is focused on efforts to rationalize its SKU portfolio, inventory turnover inventory and augmentation of high margin products and categories. During its fiscal Q1 2022 quarter, working capital and procurement was focused on both the high margin and top selling categories of vaporizers, pipes, and grinders. The company saw sales from vaporizers steadily increase year-over-year as demand increased in the North American market.

And last November, Humble & Fume completed a US$8 million private placement from Green Acre Capital Distribution Corp. The financing was important because it brought a Top 5 wine, spirits and beer distributor in the United States—Johnson Brothers—into the mix as a key distribution partner. According to a report published by The Wines and Vines (98/01/2018), Johnson Brothers was ranked No. 5 on the list of the top 14 wine distributors of the United States.

Through First Option terms, Johnson Brothers has the right to acquire the Humble equity once cannabis has been sufficiently federally legalized in the United States.

The bottom line is that as the U.S. cannabis market normalizes over time, Humble & Fume is positioning itself for an immutable shift in consumer demand. Through the understanding and optimization of product mix—and the establishment of key supply chain partnerships along the way—the company is ready for the substantial growth curve that awaits.