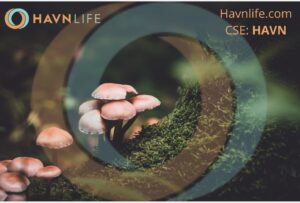 Although the psychedelics industry has a great future ahead of it, meaningful revenue production is generally limited in the near term. But not every sector company is tethered to this dastardly fate. Havn Life Sciences (CNSX: HAVN) (OTCMKTS: HAVLF)—a biotechnology company pursuing standardized extraction of psychedelic compounds and sales of natural health products—is breaking the mold. With its recent definitive agreement to acquire Spore Life Sciences, Havn will acquire a business with significant recurring revenue and even positive cash flow, based on November 2021 sales.

Perhaps somewhat obscured by the approaching holiday season, the definitive agreement to acquire Spore Life Sciences was a significant one. The Toronto-based company is a leading wellness brand in the emerging functional mushroom arena, which boasts more than 110,000 customers and nearly 40,000 subscribers. Many of these patrons prioritize personal wellness through the use of supplementation, and are thus repeat customers. With Spore selling products with inherent consumer staples properties, revenues are expected to be stable and predictable relative to pure-play consumer discretionary retail models. 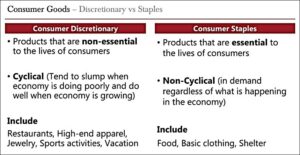 So far, Spore’s revenue numbers appear to bear this thesis out. As of the end of November 2021, Spore Life Sciences registered nearly C$8 million in revenue, with current (November) sales of more than $1 million per month. Despite high consumer price inflation, Spore’s revenue run rate accelerated into calendar year end 2021. The sales momentum is a good indication that the company is forging a name for itself in an emerging, yet fragmented industry.

The prospective Spore acquisition comes just a few weeks after Havn expanded its international distribution of its own health supplement line. On November 4, 2021, the company announced it had partnered with Sydney-based Woke Pharmaceuticals Pty Ltd. for the exclusive white label supply and distribution of their line of natural health products in Australia, New Zealand and China. The agreement gives Havn a foundation  in which to build an international nutritional supplement business in APAC.

Overall, the functional mushroom segment is expected to grow rapidly over the next decade.

According to a report published by Allied Market Research in November 2021, the global functional mushroom market will generate $7.98 billion in 2020, and is estimated to reach $19.33 billion by 2030, witnessing a CAGR of 9.3% from 2021 to 2030. Driving growth is a greater awareness of the medicinal value of ingestibles such as Reishi, Cordyceps, Lion’s Mane, Turkey Tail, Shiitake, Chaga, and non-ingestible personal wellness applications. 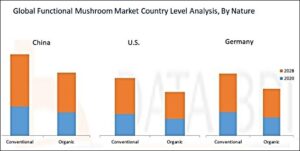 As noted, Havn Life Sciences already maintains their own line of functional mushroom supplements, therefore the Spore acquisition should be highly synergistic with their existing business model. There are no surprises or miscalculations with this deal—only adherence to an end goal of capturing as much market share as possible.

Although its pending acquisition is getting a lot of focus from investors, the company is more than just a natural supplement retailer. Using evidence-informed research, Havn Life Sciences is committed to helping clinical researchers to unlock the potential of fungi-based medicine in a traditional pharmaceutical setting. This is being accomplished through a subsidiary that focuses on capitalizing on the complete lifecycle of the compound.

Through its HAVN Labs division, the company is engaged in the development of research protocols to cover the production of psilocybe mushrooms, research, extraction, formulation, delivery and standardization of industry-based medicines. Its mission: to develop a compound library designed to support the science of safe, quality-controlled psychoactive compounds for the research community.

Havn Labs has applied to Health Canada for a Dealer’s Licence provision to the Food and Drugs Act of Canada for standardized psychoactive compounds. A successful application would allow them to permit sale of proprietary formulations to third-party research organizations. Unlike its natural health product segment, the aim is to provide psychedelic extraction and supply both academic researchers and microdosing therapies in pre-clinical settings.

While a Dealer Licence has not yet been obtained by the company, it can import psilocybe mushrooms to various partners that carry such a designation. And it has done so as recently as Q4 of 2021.

In late November 2021, Havn announced it had successfully exported naturally-derived psilocybin from its facility in Jamaica to Nectar Health Sciences Laboratory Division—a Controlled Substance Dealer’s License holder for the relevant psychedelic compounds issued by Health Canada. The agreement with Nectar paves the way for subsequent exportation of naturally derived psilocybin from Jamaica. It also validates the company’s supply chain business model of providing psilocybin for clinical use and research.

The suboptimal performance in psychedelic stocks over the past year belies a rapidly improving regulatory picture as it pertains to sector research. A plethora of state legislatures have either passed bills, gone to committee with prospective bills, or are initiating debate for state-sanctioned research initiatives.

The latest breakthrough occurred last week, when a Utah House committee approved a bill that would create a task force to study and make recommendations on the therapeutic potential of psychedelic drugs and possible regulations for their lawful use. The legislation, sponsored by Rep. Brady Brammer (R), passed the House Health and Human Services Committee in a 10-1 vote. If passed, the bill would create a Mental Illness Psychotherapy Drug Task Force that would be required to “study and make recommendations on drugs that may assist in treating mental illness.”

Such measures should expand the market for research mushrooms over time, where Havn can capitalize through its partnerships down south. The company’s U.S. partner, Mycrodose Therapeutics, is among the few private companies that has been granted a Schedule I License to research four psychedelic compounds including psilocybin, MDMA, DMT, & LSD by the United States Drug Enforcement Agency.

As more states open up, the opportunity to segue into the research market becomes ever greater. With psychedelic medicine becoming increasingly normalized as a potential mainline treatment for mental illness, Havn Life Sciences has established themselves as a hybrid psychedelic nutraceutical/pharmaceutical supply company to watch.

Mo Katibeh, Introvert and RingCentral COO, On Working With an Introverted Executive

Resultant Expands Into Texas With Acquisition of Teknion Data Solutions