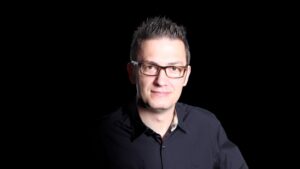 Do you follow the NBA? Or play Gears of War on Xbox? Or manage your money through the National Australia Bank?

Microsoft technology executive, Tom Keane, who has been pivotal in these technologies over the course of his 20-plus year career announced yesterday his departure from the Microsoft cloud team. The Microsoft executive was responsible for a team of 600 engineers across 15 countries and countless new products across the company.

As a core leader at Azure, Keane helmed the worldwide team that created The World’s Computer, the convergence of several technologies — including Artificial Intelligence, cloud, the Internet of Things, and more — to create the new frontier in technology and to alter life as we know it, much like the birth of the World Wide Web in 1991. Widely known for his disciplined and results-driven approach to business, Keane has fostered innovation at Microsoft through collaboration. “To this day, I am rarely the smartest person in the room — and when you work at a company with 190,000 employees it’s almost impossible to be,” he says.

He incubated several new business opportunities from within Azure. “My organization is focused every day on delivering the solutions so that every customer, in every industry, and every country can adopt Azure to further their mission,” he explains.

During his time with Azure, he led initiatives that included:

It’s no wonder why Microsoft’s cloud computing revenue increased an impressive 50% in Q1 2022 and why Keane was honored in 2021 by Microsoft as a Top 50 Executive, as well as a Cloud Industry Executive by WashingtonExec.

Reflecting on his career at Microsoft, Tom Keane shared the following statement:

“I have been fortunate to be at the center of cloud computing for the last 20 years, first with Office 365, and then with Azure.

With Office 365, I was a leader in the team that delivered Microsoft’s first commercial cloud service and scaled the service from zero to over 100 million end users. Building a new product, with a new technology paradigm, and a new business model was an incredible experience.

With Azure, I was a leader in the team that built “The World’s Computer”. Over the last 10 years, I have been fortunate to build hyperscale infrastructure in over 30 countries, providing 85% of the planet’s GDP with data residency and high availability.  Building a global product, in a rapidly evolving regulatory and cyber sovereignty environment has changed the landscape of computing across the planet.

What drives me is the ability to build and disrupt. Entrepreneurialism, constant learning, and growth have been a theme of my career for the last two decades. Digital disruption, enabled by hyperscale cloud and ubiquitous computing is only beginning. This digital disruption enables a new class of workloads, and scenarios to be built.

Today I am excited to share that I am leaving Microsoft and taking the next step in my career to build on the world’s computer. I could not be prouder of the last 21 years, and equally excited for my next journey to begin.”

Tom Keane’s time at Microsoft bred an abundance of innovation, from his role as a founding member of the Office 365 team, where he helped expand the service to 80,000 customers and 110 million end users within just a few years; his work within cyber sovereignty, including privacy, compliance, and data residency, which has been leveraged by European governments, U.S. defense organizations, and intelligence operations; and most notably, the strides his team has made within Azure.

During his tenure as corporate vice president, Azure expanded to 35 countries, and was the first team to bring cloud accessibility to Africa, China, and countless other areas of the world. Keane developed the technology to allow for to connect cloud computing with satellites in space for commercial and government applications. “I’m particularly proud of the work my team and I have done for the U.S. government over the past couple of years. Since January 2020, we have launched — and achieved accreditation for — Azure Government Secret and Azure Government Top Secret cloud regions,” he says.

As Tom Keane leaves behind the legacy he built at Microsoft, his focus will be on building upon the technologies he played such a pivotal role in developing. The World’s Computer has tremendous potential to solve challenging problems and increase accessibility globally, which Keane has always emphasized: “I feel very fortunate that I get to work on technologies that are being used to fundamentally transform our world.”